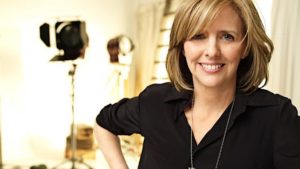 When she’s on her game (which is almost always) her relationship comedies are just brilliant, making me laugh and cry, and get punched in the gut and be glad of it, and even  aspire to do better in my own life and relationships.

FOMO, of course. Fear of missing out. Christ, I so want to be the people in Meyers’ movies, but of course I can’t be. I’m not sure anybody can.

Know the Meyers name? Maybe not. She’s not a big People-magazine type celebrity (though I assume she could be if she wanted but prefers to be low key.) In any case, Meyers is the super talented, successful, trailblazing female screenwriter and director of many, many hit movies and shows, some of which you have definitely seen: 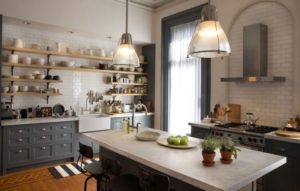 But none of that bothers me. For one thing, one of the most ubiquitous admonitions laid on aspiring writers of any stripe is, “Write what you know.” Meyers does. Also, I don’t embrace the idea that artists have some sort of responsibility to be a certain type of political or social critic or even observer. Artists should be free to create as they see fit. Whether they pander to an audience or turn their backs on them, whether they have a political agenda or just want to entertain, that’s up to them. And the absence of a social agenda is not itself a social agenda. For me, Meyers is not deliberately ignoring anything, she’s just focusing on what she wants to.

So then, what’s my beef? Like I said, it’s the FOMO her work brings out in me. It starts because Meyers is so smart and likeable herself. Her warmth and good cheer bleed out of every scene and character. She’s a romantic at heart, I think. Which is great — so am I. So watching Meyers’ characters lament that even if they feel successful on the outside they feel unhappy on the inside — lacking, as they are, romantic loving relationships or a sense of purpose in life — that’s so far so good, right? We can all relate. But the thing that makes my FOMO hormones rage is how, well, neatly, her heroes and heroines all live and interact while struggling with that core conundrum — how, despite being forlorn, they all have their acts together and communicate with each other so clearly and well.

My difficult relationships — actually, even some of my most successful and loving ones — are all a series of fumbled, mumbled attempts at clear and heartfelt communication that most always slip, slide and fall down from the usual misfires, grunts, and feelings of uncertainty, fear and embarrassment. But even when they are at serious odds with one another, Meyers’ characters are so gorgeously, deliciously able to articulate their thoughts and feelings — or, like Jack Nicholson in Something’s Gotta Give, quickly learn to — it makes me want to puke from envy. Likewise, the other characters in Meyers’ scenes are such attentive, patient, sympatico listeners…

I know, I know: It’s just the movies Steve, not real life.

Which is why I started out saying, I love Meyers and her movies. Yes, they are eye candy, but they also can touch us deeply, dramatizing so well our common human need to be loved and heard — even if we are lucky enough to have homes and jobs and stuff we want. In her distinctive way, Meyers isn’t  pandering to her audience, she’s lovingly wagging a gently critical finger: In the end, we can only really feel validated on the inside…

Judge for yourself. Here are what I think are Meyers two best movies: