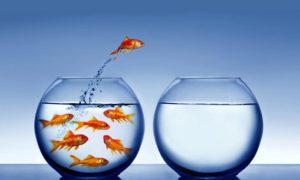 I never did give anybody hell. I just told the truth and they thought it was hell.

People sometimes accuse me of being “contrarian.” They think I enjoy debate so much, I’ll take an opposing point of view just for the sake of argument.

I plead guilty to enjoying vigorous dialogue on almost any subject, and throw myself on the mercy of the court for joining pretty much any debate at the drop of a hat, but I reject that I’m arguing for argument’s sake. I have lots of opinions but honestly — I arrive at them honestly. And no conspiracy theories please — if I disagree it doesn’t mean I’m conniving for some larger purpose.

Rather, may I gently suggest my friends’ protests of contrarianism can be a sign of their reflexes, not mine. That, in today’s info-saturated, echo-chamber world, we’ve all been water-boarded into submission with media. The result is too many people too readily accept groupthink as settled truth. And the result of that is an erosion of the basic optimism that, for me, anyways, is the bedrock foundation of modern liberal freedoms.

Such less-optimistic folks aren’t nefarious or dumb, they’re just normal good-hearted people who are extremely fatigued. I mean, we’re all exhausted, aren’t we? We live battered by a 24/7 firehose of information. It’s overwhelming. So we delegate deep thinking to our teams, interest groups we identify with. And as we know, in the media world (mainstream or social) “if it bleeds, it leads.” Bad news sells, and gets linked to and shared vastly more than upbeat stuff.

In any case, exhausted people rely on the tribe to decide… and that becomes a crutch.

I’m not criticizing. I’m guilty of it, too.

But I worry this is a big issue confronting us modern humans — a widespread mind numbness which leads to resignation, and a turning away from the (I believe necessary) acceptance that being an optimist doesn’t mean being gullible or pollyannaish, it means being able to consider the big picture, to, as the old tune says, accentuate the positive. Because there’s always so much negative.

For better and worse, I rarely run with the herd. That’s caused me grief, perhaps lost me friends, but no regrets. I’d rather feel I’m an independent thinker than always be embraced. And I’m, er, cheered to report: Being an independent consumer of news and information has led me to be a big optimist. Sometimes it’s hard to find, but positivity is always out there. As is the evidence that even though there are no shortage of nightmares and tragedies and scary risks, in general the world is a better place than it was before and the trends are good, too. And our personal lives and relationships can be renewed, rethought, reborn — well, if we accentuate the positive.

Note, this isn’t a political argument. I’m not concerned with people’s views on any issue. Rather, I fret about people, en masse, seeming to give up on their very unique, very modern right to the pursuit of individual happiness — which I believe, at its core, requires us to be optimists, and work hard, really hard, with conviction and a sense of self-sufficiency and independence.

But all around these days I see people buying in to herd-like negativity, grim notions about “rigged systems” and Chicken-Little-esque pessimistic visions. Not fatalistic old-time religious prognostications of inevitable apocalypse, but modern secular ones — say, that humans are predestined, born guilty and forever tainted by original sins like racism, sexism, greed, corruption and violence. Or that “society” indelibly molds us — we are who we are and can’t change. Or that by whatever factors, new beginnings and fresh starts are dubious.

Gulp! If too many of us get into that mindset, that precious, historically rare right to pursue happiness will disappear. Atrophy from disuse.

I worry the disintegration is already happening. I co-founded five startups and have worked with dozens of others. So it’s deeply distressing to learn that the number of new ventures being launched in the USA is now seriously declining. How can that be? We’re living in one of the great golden ages of technology, freedom and opportunity in all human history. (Yes, we are.) Yet somehow we’re losing our can-do spirit?

So are people so overwhelmed by modern freedoms of thought and speech they’re resigned? Indifferent that our culture is no longer a beautiful, sloppy, crazy quilt of individuals pursuing personal happiness as they see fit? Brow beaten into believing it’s all just a big, slick machine, and we’re all just data, so we should grab what we can and tune out. But not tune out as Timothy Leary famously encouraged hippies to do — to re-birth individuality and free thinking — but rather, tune out to just tune out. Retreat from the arena. And tune in to the received wisdom from a team.

I hope not. One of my core interests here is trying to help people who feel stuck in emotionally complicated or unhappy relationships to move on, let go of preconceived notions, fears and animosities and begin again. And that it’s never too late to choose optimism over fatalism. So sometimes, especially when someone I love and respect refuses to engage in friendly debate and admonishes me for being contrarian, I can’t help but wonder — have we all resigned ourselves to never moving on? Do we all feel trapped in one huge, unhappy relationship with a challenging modern world?