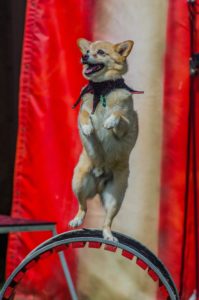 We live in a 24/7 rough sea of information. From gorgeous ideas about nature and the cosmos to dark conspiracy theories to tedious photos of an acquaintance’s holiday, we’re expected to continuously parse a firehose of intellectual, emotional and psychic stuff. It’s info-water-boarding. Is it any wonder modern humans are so stressed? Overwhelmed?

Worse, we’ve been feeding each other and feeding off each other for eons, long enough to have learned what sticks and what doesn’t. So these days our senses are assaulted with data-driven scientific precision. For the info-dealers, it’s like giving candy to a baby.

So what about marriage, divorce, relationships? Are we getting swamped with laser-targeted info-candy on these serious subjects too?

What they need instead is divorce truth.

I mean, what the heck is “the final straw” in a marriage? That’s not reality. No one decides to end a marriage because of an isolated incident. Maybe some event highlights a couple’s plight, but only after prolonged rumination and reflection, and the million little occurrences and conversations — and silences and lapses — that, over time, change relationships from joyful and productive to humdrum or worse.

Meaning, the divorce truth is, most dead-end marriages aren’t dramatic soap operas. Instead they have a relentlessness, a sameness, a bleached-out dullness, a seemingly endless supply of same old same old. In many unhappy marriages, despair and longing result from an absence of drama, not an abundance of it. And many people stay endlessly in stale unhappy marriages out of inertia, lulled into complacency. There are no final straws because there are no straws at all. No melodramatic scenes or revelations.

And it’s dangerous wishful thinking to imagine one can get liberated from an unhappy marriage if one just waits for some TV-strength drama to prove once and for all that one is entitled, nay obligated, to depart. So pity the poor man or woman trapped in one of these common, joyless, chilly, boring, unfulfilling, even potentially dangerous marriages, who searches for some guidance, wisdom, direction or just solace and companionship … and finds divorce porn. Great, yet another way for them to feel inadequate: Huh. My marriage isn’t like that so I guess I don’t have a problem marriage, I’m just a problem person. Or, I don’t have any “final straws” so my feeling of being trapped and wanting to exit my relationship must be misplaced.

Divorce truth is, there’s no reason why loving and kindness shouldn’t be the hallmarks of divorce — and so many many reasons why they should be. Not as a selfless act, but as a selfish one. To benefit you, or the person who wants to move on from a difficult or unhappy relationship with everyone’s honor, dignity, solvency and ability to co-parent intact. Who understands that divorce is almost always a painful and difficult situation, but can and should also be one of dignity. Renewal. Not a death but a birth, of people in a newly configured family or relationship, moving on with hope and cheer, not cleaning up a battlefield. 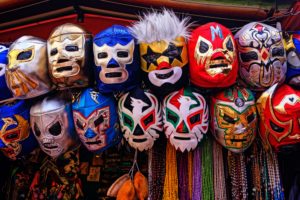